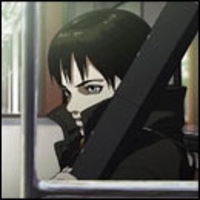 Plot Summary
You are viewing an unapproved revision.

In the time of the Vietnam War, an American military base in Japan is plagued with a rash of killings whose assailant is unknown. Enter Saya, a mysterious young woman who happens to be the last of the vampire race, and has been charged by her government agency employer to investigate the sinister killings. With demons and creatures abounding, Saya must infiltrate a school to put a stop to the bloodshed — unless the monsters get to her first…